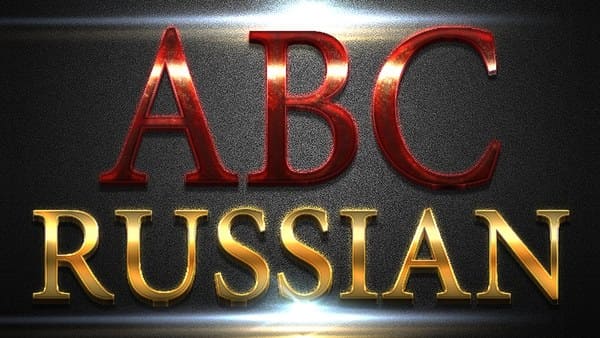 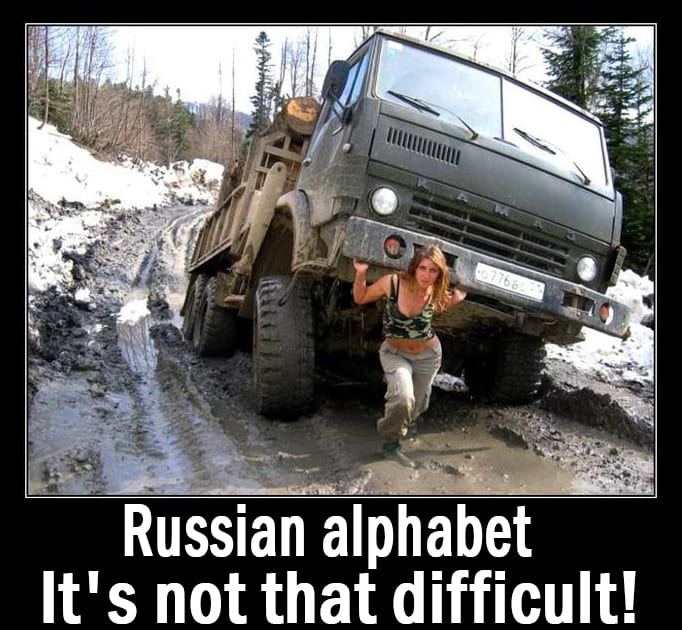 Learning Russian is certainly challenging for many foreigners, but the alphabet isn’t the tricky thing. Unfamiliar script just makes it look difficult, but as soon as one gets familiar with it, the task becomes so much easier.

So, what is the Russian alphabet called? I bet you heard the word ‘Cyrillic’ at some point. The thing is that the Cyrillic script, or “azbuka”, is at the heart of many alphabets (including Russian) and comes from the name of St Cyril. But let’s leave the origin of the Russian alphabet aside for a moment and move to the most interesting part – Russian letters.

How many characters are there in the Russian alphabet?

The Russian Cyrillic alphabet consists of 33 letters, which is a bit more than the familiar Latin A to Z, which has only 26. Quite a few Russian letters are already familiar, and they are even pronounced similarly:

These letters look the same and have similar pronunciation. 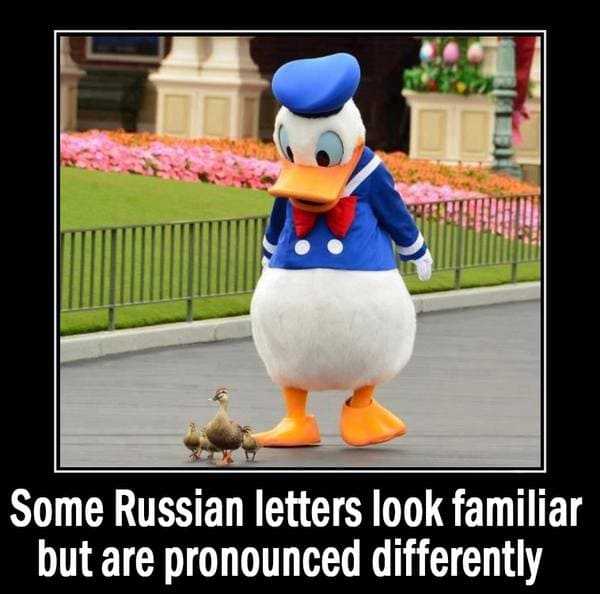 At the same time there are letters which look familiar, but are pronounced absolutely differently. Take a look at the following:

As an example, look at the Russian word “ВОР”. It looks familiar, and one might even be sure that it’s ‘bop’, while it actually reads “vor” and means “thief”. This is the challenging part of learning the alphabet, because you subconsciously associate these letters with those of your language, and the links are often misleading.

The last group includes letters that are probably just gibberish to most of you:

However, don’t be scared. The letters look differently, but the sounds designated by them are almost the same:

As you can see, all the letters in the Russian alphabet can be divided into:

Many people use various associative learning techniques to memorize the pronunciation of Russian letters. Maybe you can give me some tips? For example, how would you memorize the 5th letter of the Russian alphabet Д, which stands for the Latin D? Or, how would you remember what У means in Russian?

Now that you know which sound each letter makes, it’s time to start reading words in Russian. 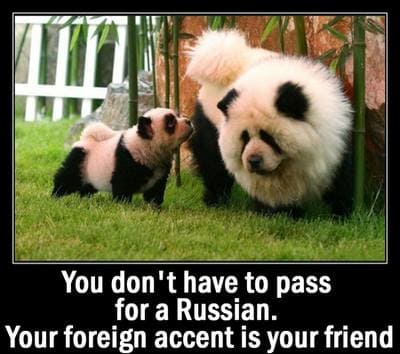 You might think it sounds strange, but mastering a perfect Russian accent should never be your priority, not even at the higher levels of learning. Your goal is to make sure native speakers understand your spoken Russian and they understand exactly what you mean. You can complete this task without trying to pass for a Russian. Moreover, if you think about it, your foreign accent is your biggest friend in a Russian-speaking environment. Why so? Because when people hear your accent, they immediately know you’re a foreigner and adapt to your vocabulary and speech speed, which makes communication much easier for you. If you sound like a native, you will be treated like a native. That may not be exactly what you want at the beginning.

So, to cover our main task of understanding and being understood, let’s look at a few rules concerning pronunciation that you should learn and use 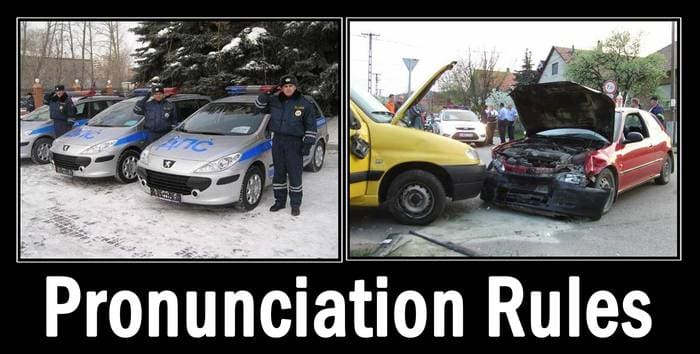 The consonant Й and the vowel И are completely different sounds

мои (my – plural) нет историй (there are no stories) нет истории (there is no story)
Moreover, the consonant Й can be “hidden” in (can be part of) a few vowel letters (Е, Ё, Ю, Я).

In Russian almost every consonant comes in two “modes”: hard and soft. This distinction is very important, since the ‘hardness’ or the ‘softness’ of a particular consonant can change the meaning of the word completely. Compare:

If this way of articulation seems uncomfortable for you, don’t worry. The most important thing here is to make your tongue get used to this position. Further exercises will finish the job.

Other reading and pronunciation rules (including the pronunciation of stressed and unstressed vowels О, Е, Я) will be covered in their own article. 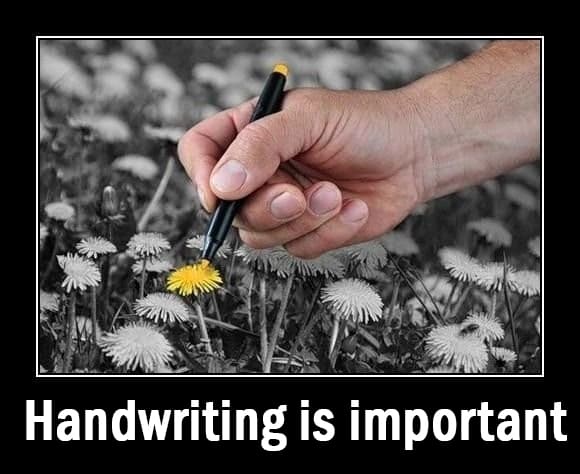 After practicing reading we should proceed to writing. Language learners debate the necessity of learning handwriting, because we rarely use pen and paper nowadays, rather computers and mobile devices. And this is a valid point, but I do recommend to use handwriting as a memorization technique. When you write with your hand, your motor memory works together with your visual memory and speeds up your learning process tremendously. And when you pronounce the word along with writing it, it triples the effect!

Here is a useful app that will help you practice Russian letter tracing
(https://itunes.apple.com/us/app/learn-russian-alphabet-writing-russian-cursive/id624085655?mt=8)

What you need to do when starting learning the Russian alphabet 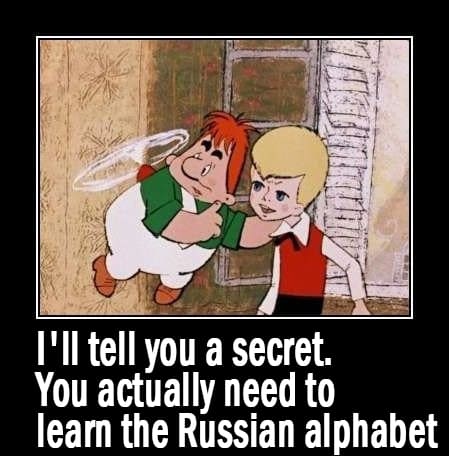 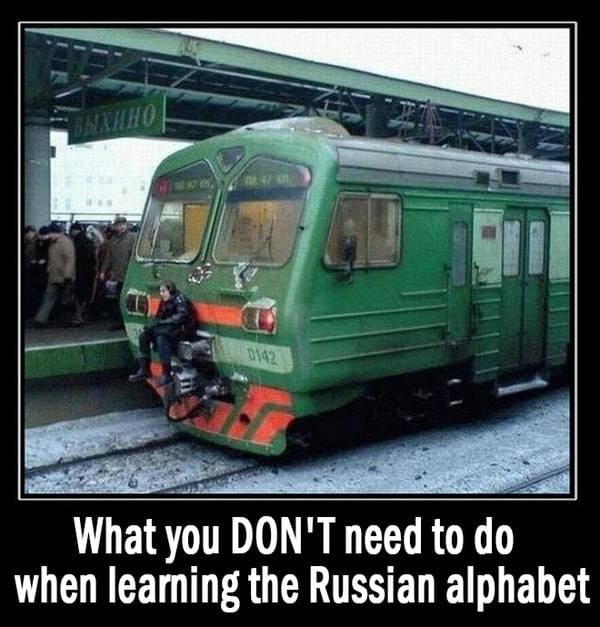 St Cyril and Methodius – the Inventors of the Cyrillic Script

The history of the Cyrillic script starts in the 9th century in the Bulgarian Empire. There is a point of view in historical literature that brothers Cyril and Methodius were the founders of the Cyrillic script. According to these sources, the saint brothers were summoned to put in order the segmentary parts of the Slavic writing and sound system and create a unified script for Old Church Slavonic.

There are reasons to believe that the oldest alphabet created by saints Cyril and Methodius (“glagolitsa”) included 156 characters (“glagolitsa” is derived from “glagolity” which is the archaic word for “to say”). However, later on the number of letters was cut down to 41, which was done for the purposes of easier acquisition of the alphabet. Some people, however, believe that this cut down was an act of sabotage on the part of those who didn’t want the Slavs to have a rich writing system.

There is also a common point of view that Cyril and Methodius were not the ones who developed the Cyrillic script. The saints were the authors of the above mentioned Glagolitic script (“glagolitsa”), which was used later by their disciples to create Cyrillic. The early Cyrillic alphabet was comprised of Glagolitic and Greek elements and was brought more in line with Latin for the sake of simplicity of letter strokes. However, there were fewer digraphs in Cyrillic than in Latin. For the most part, one letter denoted one sound – the principle that is preserved in the modern Russian language. It was done for the purposes of the early used Old Church Slavonic.

Since the early days Cyrillic in Russia has gone through a lot of changes. A lot of them were carried out during the reign of Peter the Great. The Russian tsar “Latinized” the Russian Cyrillic alphabet eliminating a number of letter elements and making the Russian letters look more similar to Latin letters. Thus, he introduced the letter “Я”, which is a mirror reflection of the English “R”.

Nevertheless, the Russian Cyrillic alphabet still includes a lot of letters that cannot be found in other alphabets. Some of them, such as Й, were introduced only in the 18th century. The letter Ё was also added to the alphabet in the 18th century by a famous Russian writer Nikolay Karamzin.

An interesting fact about the letter Ё: it is always accented in a word, so whenever you see a word containing Ё, you can pronounce it correctly from the first try! The sad thing, though, is that nowadays in many Russian texts Ё is written without the dots, so it may confuse you a bit. But don’t worry, as you progress in Russian, it will be easier for you to recognize the words with Ё even when the dots are lost.

In 1919 the efforts to “Latinize” the Russian alphabet extended to an absurd initiative to completely replace the Cyrillic script with the Latin script. Fortunately, this initiative didn’t receive much support, and the reform wasn’t carried out.

Nowadays the Cyrillic script is used in many countries besides Russia:

A note for those who want to learn the Russian cursive: the English word “cursive” and its Russian calque “курсив” [koor-SIV]

actually mean different things. The English “cursive” implies handwriting, whereas the Russian “курсив” [koor-SIV] refers to the Italics font. Though the Russian hand-written and Italics fonts look very similar, there are still a few differences, for example, in the letter “Д”. 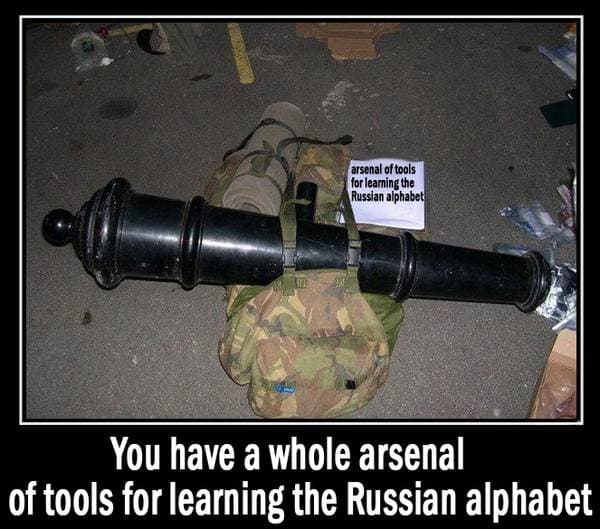 There are lots of tools that can help you memorize the Russian letters and learn to write them. The Internet is full of audio, video and other interactive learning tools. Below are just a few of them:

All these tools are perfect for self-study and will help you learn the Russian alphabet fast enough. However, if you are a saver about your time, you can choose to spend just 2-3 hours with a native tutor and start reading Russian almost perfectly after that. The alphabet is like a door through which you enter the marvelous world of the Russian language.

To take you to the next step, let me help you identify your learning style:

When teaching the Russian alphabet to children you should stick to the following principles: 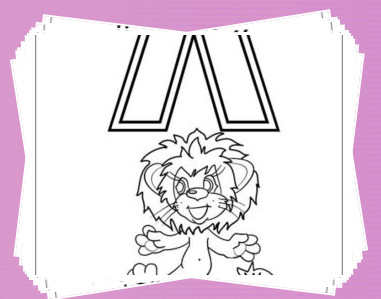 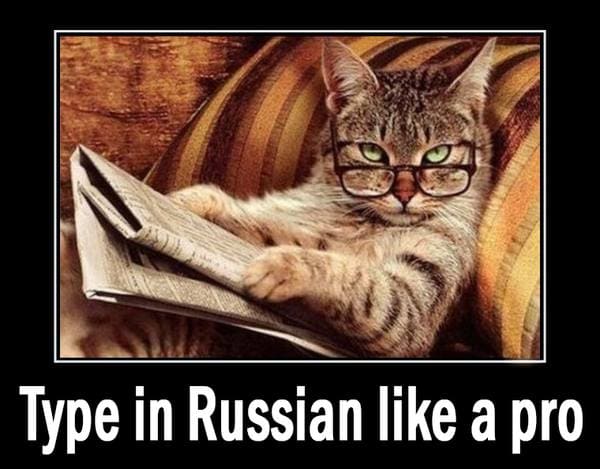 Typing in Russian is a great way to learn the Russian alphabet and memorize Russian words. Today we all type a lot more than we write, and even though I personally think handwriting is better for learning, you may never need to write an actual paper letter in Russian. However, you will need to type Russian a lot if you want to communicate with Russians on the Internet. Let me tell you about a few ways you can get Cyrillic on your screen.

Depending on your preferences, you can either buy an actual Cyrillic script keyboard or use one of the virtual options.

What you can buy:

If you are not so sure you want to buy a keyboard, you can use one of the following free virtual options.

Free Russian virtual keyboards (you can easily add them to your computer and change the keyboard to Russian): 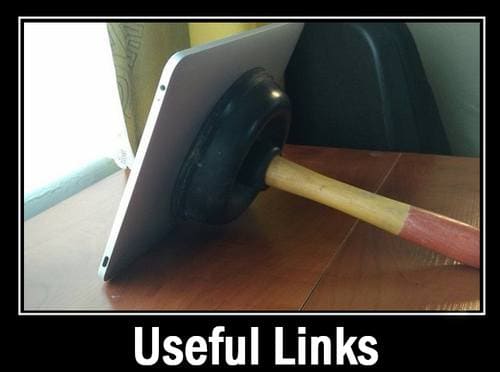 How long does it take to learn the Cyrillic script?

As I said before, it takes just a couple of hours with a teacher (may be a bit longer on your own) to get acquainted with the alphabet and to practice it.

Don’t put it off till tomorrow, start learning Russian today! 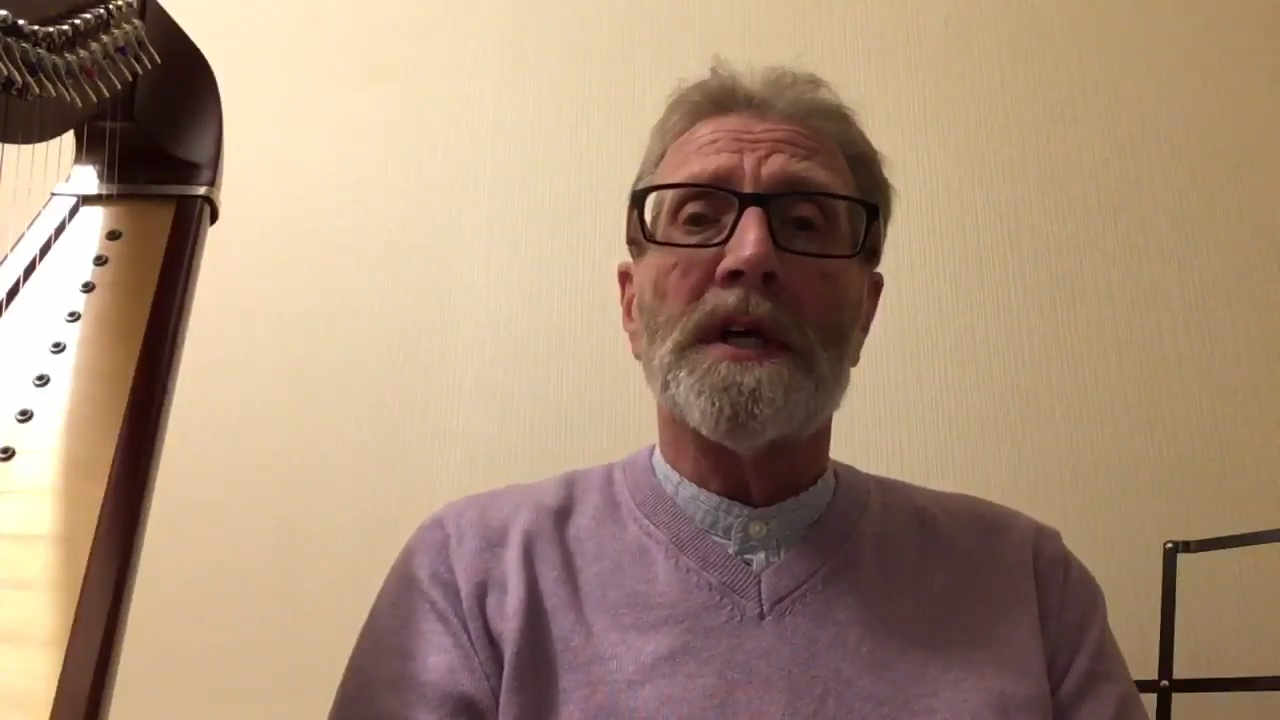 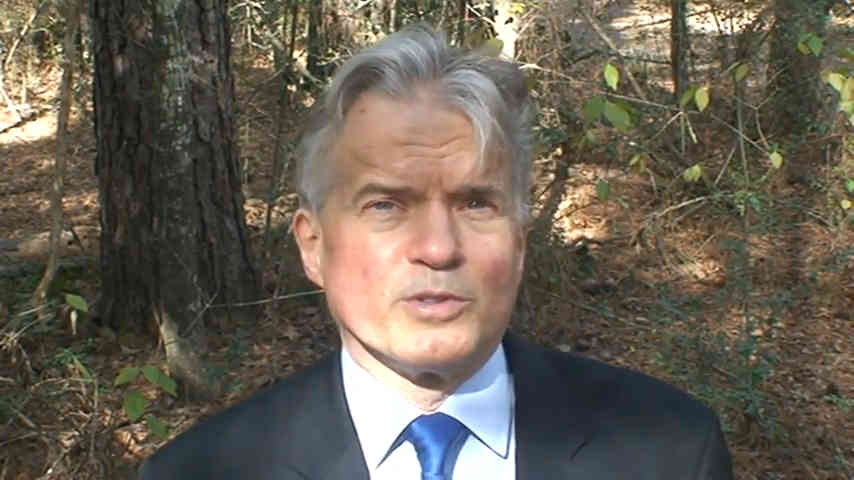 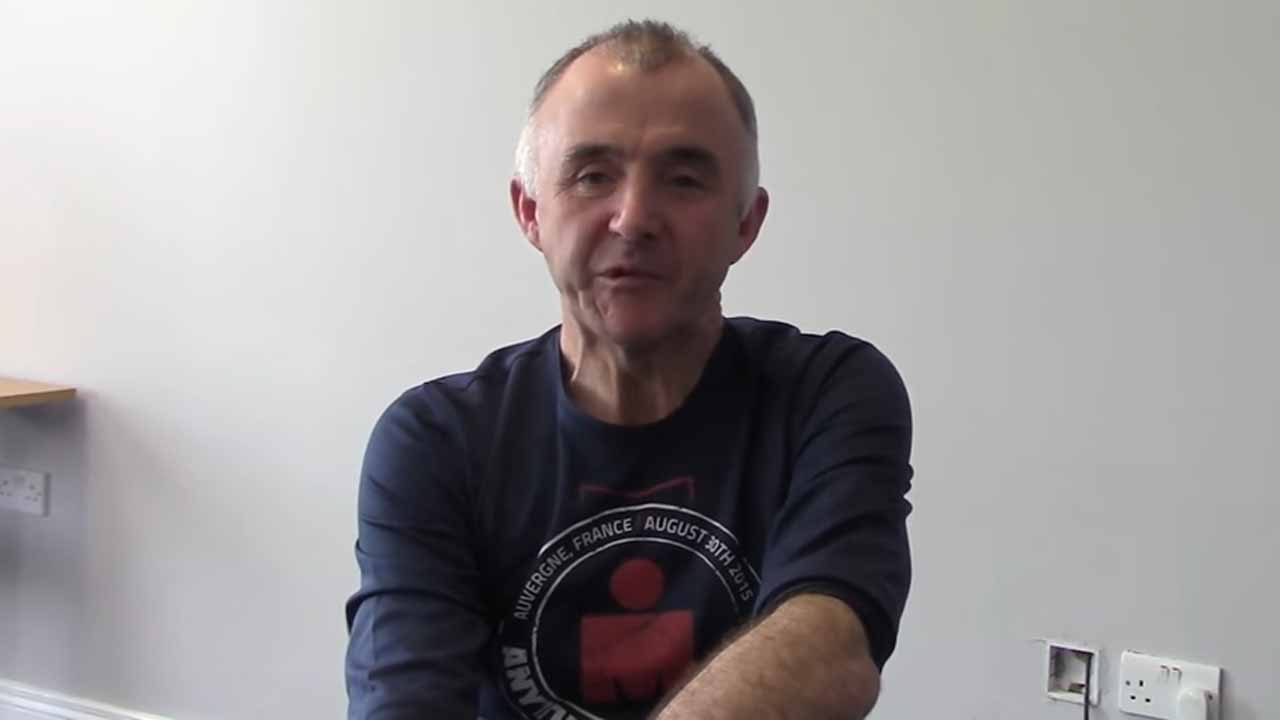 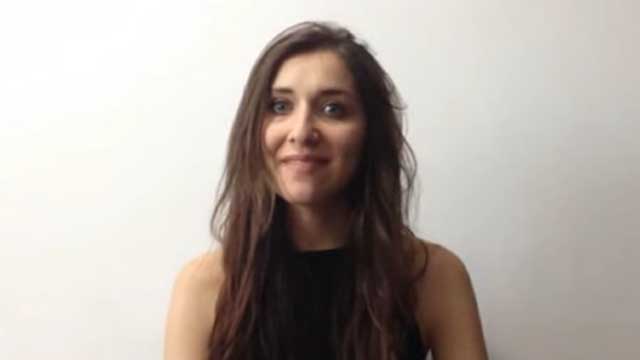 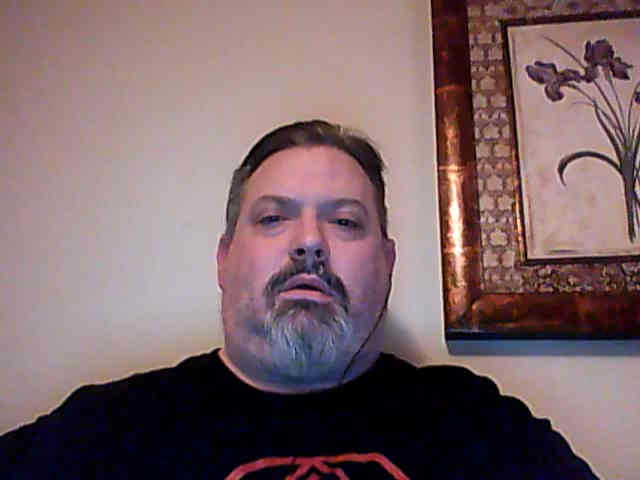 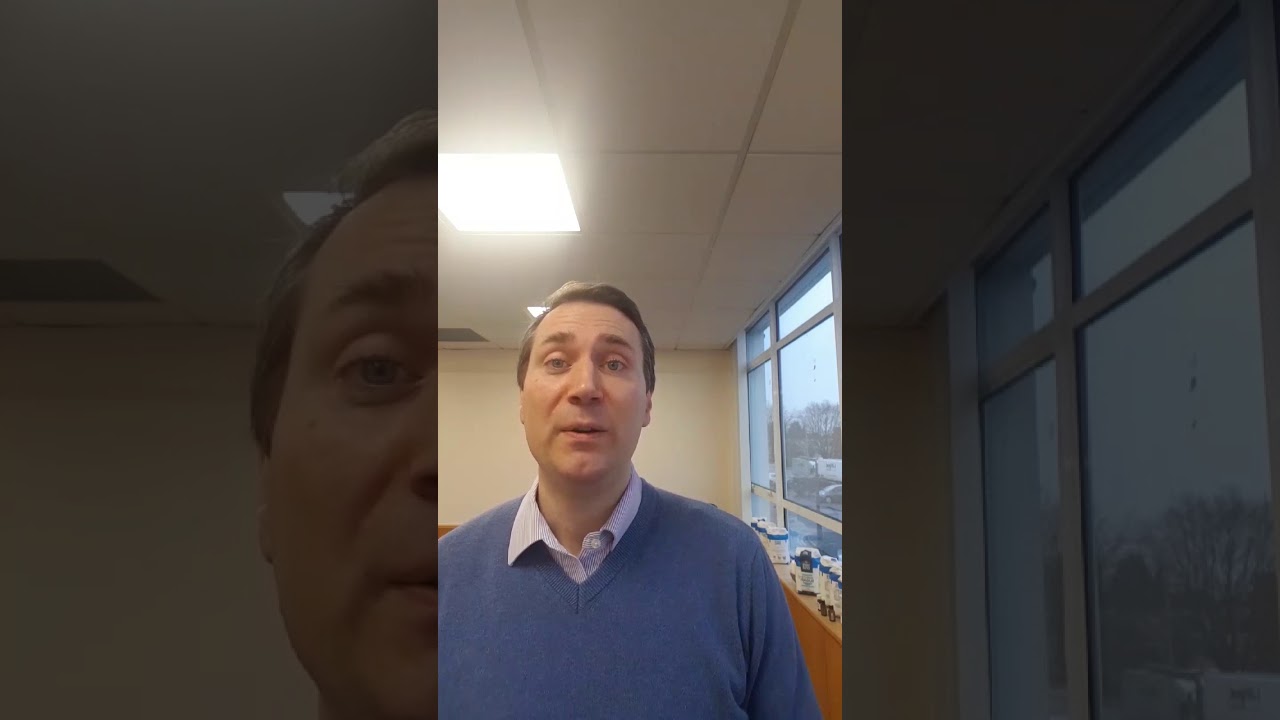